Fever is the most common pediatric issue and second to routine care for hospital visits. In addition, studies have also documented that the majority of children presenting fever are less than 3-year old and fever in these early-age children has become the most common reason kids are taken to Emergency care. A detailed report is hereby provided on fever in children, its symptoms, methods of examination, and conditions requiring paediatrician care.

The unknown fluctuation in the kid’s temperature can scare anyone so do worry the parents. After all, fevers can be a sign of something serious and in the beginning; it is difficult for parents to know whether it’s going to be a serious one. Despite the fact that the majority of kids with fever are found not to have serious illnesses, a few develop severe infections which require paediatrician care. As far as the causes of fever in children are concerned, bacterial or viral infections, exposure to heat, an overdose of medicines and allergies are some of the common causes inflicting fevers among the kids.

Fever in children is classified into two categories – Fever with localizing signs and Fever without localizing signs. The former forms the majority of febrile episodes and carry associated signs of localized infection in ears, nose, skin throat, etc.

Symptoms of Fever in a Child:

Causes and evaluation of children’s fever differ depending on the age of the child. Symptoms of the fever in children include – Elevated temperature (above 100.4°F), chills, shivering, shaking, body aches, changes in sleeping, constant crying, heavy breathing, headaches, sore throat, etc.

Fever in Children: When to See a Paediatrician? 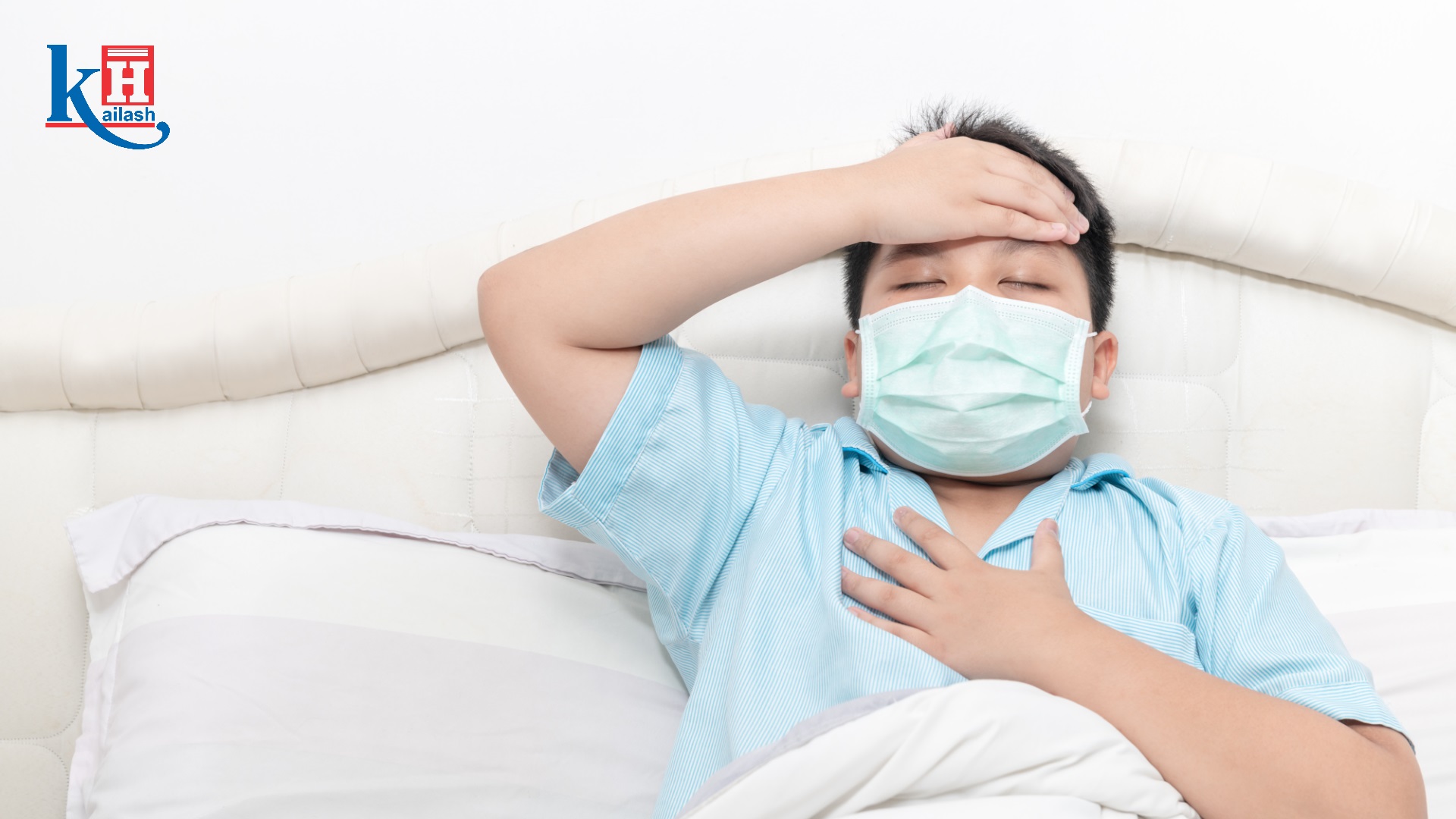 It’s considered a healthy idea to consult a child specialist or a paediatrician if your child gets a fever of more than 102° F (or 39° C), when the fever has lasted more than two to three days or child is getting lethargic. Infants who are toxic and pyrexial have a higher risk of serious bacterial infection. While infants who are nontoxic can be treated as outpatient by a child specialist in a clinic.

On the other hand, fever without a source (FWS) is one of the most common types of fever among children younger than 5 years of age, with peak prevalence between 6 and 24 months of age.

It has also been found that neonates less than 6 months retain protective maternal antibodies against common organisms, while those between 18 and 24 months are found more immune-competent, and are at a lower risk of developing infections such as bacteremia.

In order to deter the fever, antipyretics can be given to the children only on the recommendations of child specialist. Kailash Hospital Noida on the other hand has emerged as one of the best Child care hospital in Delhi-NCR. The hospital is not only technically excellent but also provides highly personalized medical care to children.